All the prisons in Taiwan have became very crowded as the number of criminals increased gradually over the past few years. The fastest and most economical way to solve this problem was to establish a correctional treatment open prison. Henceforth, the Ministry of Justice established Tainan division-Shan Shang Correctional Treatment Open Prison on 20 Sep 1984. It is the largest prison in Taiwan to date with a total area of 542.7656 hectares. However, 66.153 hectares had been allocated to be managed by National Chung-Shan University on 21 May 1999. Thus this institution reduced the area to 476.7581 hectares.

Previously this site has been allocated as a national reserve, by April 1984 it had changeditsusage to a particular-business district. Though this district was virtually barren at that time, it was a beautiful place with development potential. After eighteen years of planning and organizing, it has changed fundamentally. Ministry of Justice renamed it to "Taiwan Mingde Minimum-Security Prison" on 1 July 1985. (Address:NO.1, Mingde Villa, Yufong Village, Shanshang Township, Tainan County 743, Taiwan) 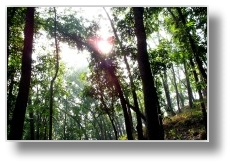 It has a capacity for 461 people, as long as they comply with the external prison regulations and apply to be serviced at this branch. Officers from Mingde Minimum-Security Prison have to visit other prisons every three months to select the appropriate candidates and conduct individual interviews, once they have been chosen and approved, they would be relocated to continue their sentence in this branch. 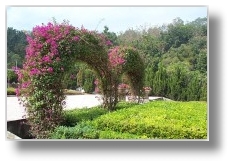 This branch is fenceless and its prisoners are entitled to certain privileges in comparison to other prisoners, such as "shortened sentences", "short stays with dependents" and "home visits". With all sorts of personal considerations, these measures contribute to tremendous help to these prisoners and encourage them to adapt to the free society with self-respect, in order to achieve a non-punishment sentence. Thus, it is categorised as an open correctional treatment institution with personalised educational punishment and multi-purpose treatment, playing an important role as a halfway home to assist the prisoners to return to society. There are certain temporary workers who need to go to factories during work hours. These who remain in the prison are given opportunities to help in forest cultivation and farming. They can enjoy the natural beauty and forest spa in the daytime. There is a restaurant serving 4 dishes for every 8 people seated at each table. They are allowed to make use of facilities such as a tearoom, karaoke, TV, chess and periodical reading.

Similar to family visiting in the army, prisoners' families are allowed to pay a visit during a specified time period - one and half hours for weekdays and three hours for weekends. This measure is aimed to lift the restraints often imposed on prisoners, with hope to develop self-rule, self-discipline and self-respect. There are only two minimum-security prisons in Taiwan and according to statistics they have reduced the recommit rate substantially. The parolee recommit rate has an average of 4.55 % over a 5-year period (1998-2002) as the criminologists have pointed out proudly.

The United Nations held the first Crime Prevention and Correctional Punishment Conference in Netherlands in September 1955 and passed the resolution of establishing opened criminal enforcement institutions, by establishing such a mechanism, all countries had been informed of such resolution passed by UN. (Most European and American countries have accepted fenceless correctional treatment open prisons nowadays.)

The resolution content had encompassed the following:
An Opened Criminal Enforcement Institution is characterised by the non-existence of physical prevention of escape such as fences, locks, bars, weapons or special armed officers et cetera. This system is based on the prisoner's self-control and accountability of group living, encouraging the freedom given without abuse, which is distinguished from other conventional criminal enforcement institutions.

Hence, the prison management in Taiwan can be deemed superior as we have adopted this resolution.

Prospect
An minimum-security prison plays an important role of halfway home for prisoners to develop self-respect and self-discipline. With a progressive program to facilitate prisoners to adapt to society once they have been discharged. Hence the recommit rate is reduced further. According to statistics, prisoners from an minimum-security prison has a lower parolee recommit rate in comparison to prisoners from other prisons. With all the privileges endowed, all the officers at this branch are working together to maximize the social resources under the supervision of Ministry of Justice. Additionally, various infrastructures are designed for technical trainings with hope to lead the prisoners to positive thinking. We are trying our best to meet the general public’s expectation in assisting these prisoners to return to society in the future.